Unraveling the diversity of Helopinina Latreille (Coleoptera: Tenebrionidae): an illustrated catalogue of the subtribe and initial taxonomic revision

Department of Integrative Biology, The University of Texas at Austin

Phylogeny of the largely tropical cerambycid genus Anoplophora Hope (Coleoptera: Cerambycidae) and the origins of life in the cold

The Coleoptera anatomy ontology: a big step towards the semantic integration of morphological data

The MCZ entomology collection, a journey through early US coleopterology

The Erwin Equation of biodiversity: remembering the “Beetle Man” 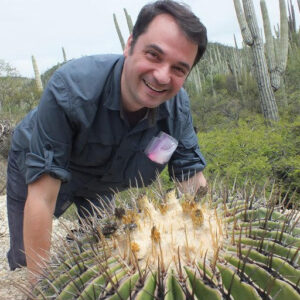 Department of Ecology and Evolutionary Biology University of Connecticut

I was a Postdoctoral Fellow in the National Museum of Natural History – Smithsonian Institution, under the advice of the legendary Coleopterist Terry L. Erwin. Together with Terry, we performed research and taught courses on tropical biology in the Peruvian Amazon and Costa Rica. In this talk, we will celebrate some of the milestones in Terry’s career. We will also discuss a project inspired in his classic paper ” Tropical Forests: Their Richness in Coleoptera and Other Arthropod Species” (1982) published in the Coleopterist Bulletin. After many discussions with Terry Erwin, we present his verbal argument as an equation, the Erwin Equation of Biodiversity. In this presentation we illustrate how this original idea ignited an era of biodiversity discovery, and inspired subsequent diversity-ratio models aiming to estimate arthropod diversity.

Global insect richness and its decline 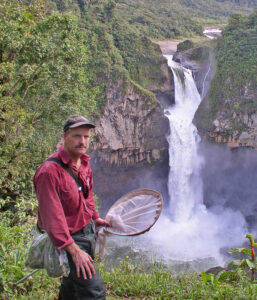 Department of Ecology and Evolutionary Biology University of Connecticut

Stork’s (2018) recent estimate of 5.5 million species of insects is significantly more conservative than Terry Erwin’s back-of-the-envelope suggestion that there may be as many as 30 million terrestrial arthropods. I will share new thoughts and data about global insect richness, and where much of that that diversity is hiding. Might Terry have been right, but for the wrong reasons? The earth’s biodiversity is under siege from global anthropogenic stressors: deforestation, agriculture, urbanization, exotic species, and many others. I will provide a synopsis of recent findings relevant to global insect declines, emphasizing where data from studies of Coleoptera have shaped our understanding.

A summary of the 2020 Coleopterists Society activities, finances, and publications will follow the plenary speakers.