The Coleopterists Society is p 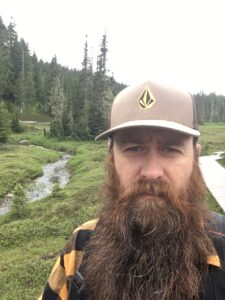 leased to announce that Dr Scott Gilmore (@gilmore_scott) has been awarded the second Ross Taylor Bell and Joyce Rockenbach Bell Research Grant! His project titled “Creation of Pictorial Keys to the Elateridae of British Columbia” involves a visit to the Canadian National Collection and to the Spencer Entomological Collection at the University of British Columbia to examine museum specimens of Elateridae from British Columbia, as well as two collecting trips to locations in Canada where limited collecting of Elateridae has been done. We would like to thank Joyce Bell for making this grant possible with her generous donation to The Coleopterists Society in memory of her husband, Ross Bell. This grant is awarded on April 23rd, which would have been Ross’s 92nd birthday.